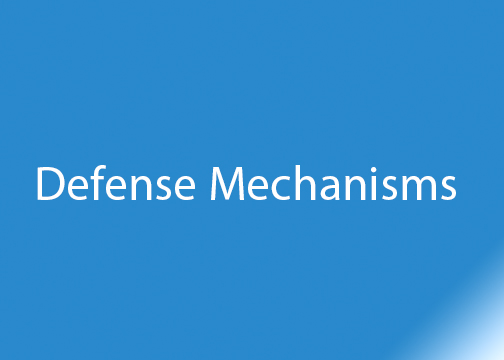 In our previous newsletter, we posted part of Bhante Buddharakkhita’s talk on Defense Mechanisms. We discussed repression and aggression. In this newsletter, we take you through Projection as the third defense mechanism. Read more here.

“Again, when the bhikkhus are reproving a bhikkhu for an offence, he attributes an offence to the reprover himself, saying; you have committed such and such an offence. Make amends for it first.

“I say this person is similar to the wild colt when told go forward, and when spurred and incited by its trainer loses its thigh from the chariot pole and crushes the chariot pole. There is such a kind of a person here like a wild colt. This is the third fault of a person.”

This in modern terms, we call it projection. This is more of a person defending oneself against one’s conscious qualities whether positive or negative by denying their existence in oneself while attributing them to others. This is very common during retreats. It takes the form of judging others. Usually, when we judge, we start judging others. These qualities we don’t like in ourselves. We judge others because they are doing something, we don’t like ourselves.

Let me start with an example. As a lay person, I went to a boarding school. They taught us that we have to be smart; combing hair and in uniform. When you are not smart, the teacher will say you are not allowed to go to the parade. Even day schools, smartness was very important. When I became a monk first time in 2001 in California, I was given these robs. These robs were not easy to put on. I am telling you, this is a rob; it is not a dress. It is like a bedsheet (audience chuckles). So, you have to wrap it around yourself. You think you practice mindfulness? You put on this; it keeps falling apart. You don’t want to do it in public. I think Guy can relate to it since he has been a monk. Every time I was so disappointed with this thing falling off. You have to be mindful to keep it on. Otherwise it will fall apart when you have just ordained. There is even the tie-full rob; you go to the public and you are always worried that it may fall apart (chuckles). You haven’t seen me tie it around because we usually do that when going out. This is even terrible. Your arms always have to be raised so that your robs don’t fall off. Now, I got the trick how to tie it together. When I learned it, it became my judging point when I see monks who don’t do it properly. I started judging other monks because there is not a lot to do in a monastery. I was so preoccupied because I didn’t want this rob to go off. So, whenever I go to a monastery, the first thing is to look at the monk whose rob is going down; whose rob is uneven. I was struggling with judgment in first two years. I asked myself, did I become a monk to judge? Or I came to attain liberation? I found out I am actually here to attain liberation. I don’t know if I can finish this story. Maybe I break it apart because it is very interesting. Sometimes the monk was senior than me. And I look at how is his rob his uneven and how it is falling off. That is where I learned that actually when I judge others, it is because I don’t like this behavior in me. Here are the solutions I came up with. I am sharing with you. They are around six of them. These are from my practice and consolidating Buddha’s teaching.