Back To Home
Newsroom Jul 29 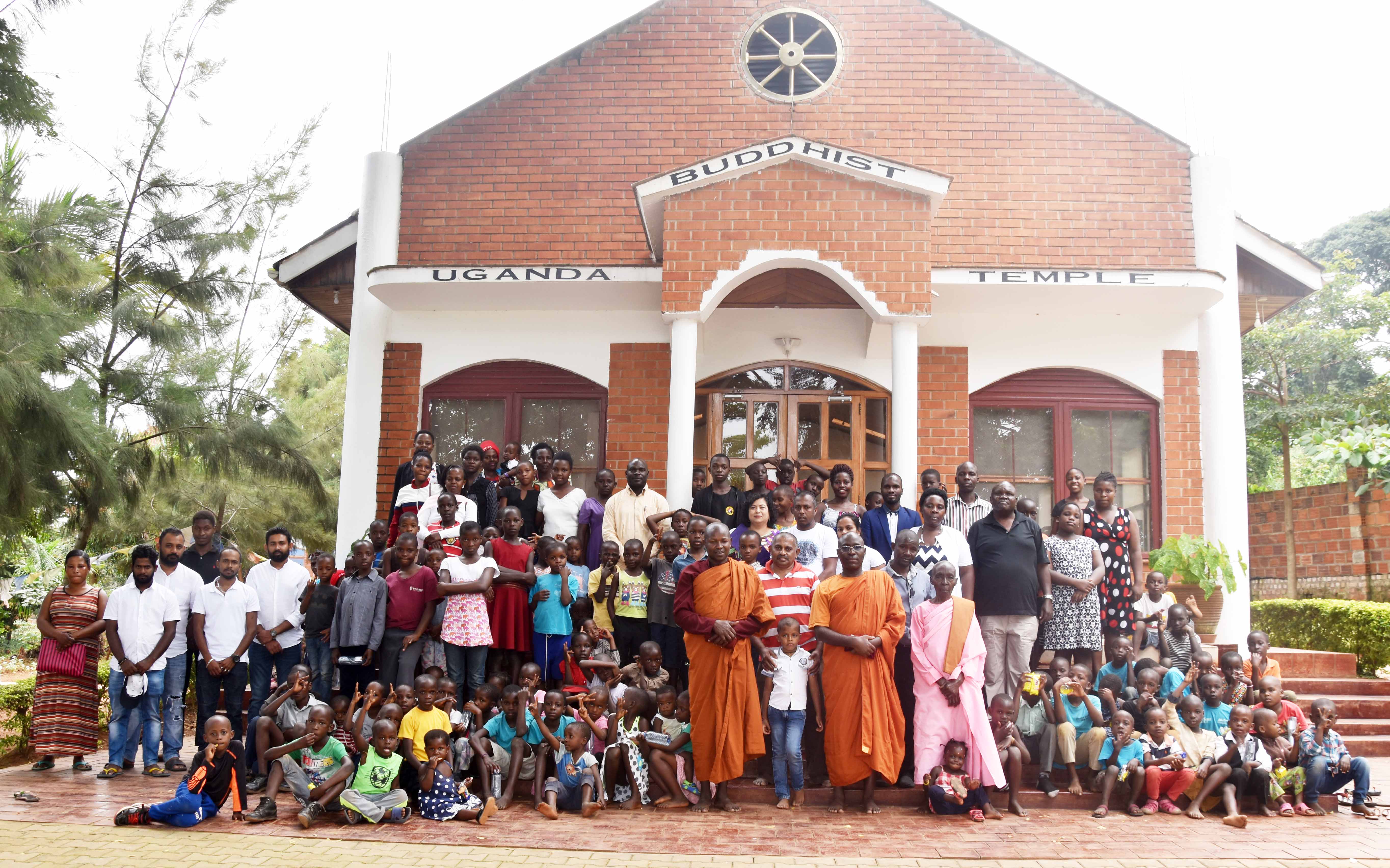 On July 28, 2019 the UBC celebrated the purchase of 2 acres of land stretching from the east to the south of the Centre.  The purchase was finalized on Wednesday, July 24, 2019.

This newly purchased land sits just adjacent to the Temple’s perimeter walls in the east with a breathtaking view of Lake Victoria in the south. These 2 acres are covered with pine trees and eucalyptus which makes it perfectly convenient and conducive for a forest monastery. UBC now sits on 4 full acres of land, with prospects to further expand in the future. Before the purchase of this land, UBC’s master plan for development called for more land for both residential and office space, and other programs such as Peace School, youth and women economic empowerment program.

We are eternally grateful to all our supporters for this great achievement. The next step is to raise funds to build accommodation for the Abbot and other monastics on the newly acquired land.

A blessing and purification ceremony for the land was conducted on Sunday July 28, 2019. Members of UBC, Burmese community, Sri Lankan community in Uganda and the nearby communities participated in this event led by the Most Ven. Bhante Buddharakkhita, Ven. Sangharakkhita and Ven. Dhammakami, the nun. They led the chanting to bless the land, taking refuge and the five precepts, meditation and Bhante Buddharakkhita delivered a Dhamma talk on the importance of giving. He emphasized the five kinds of giving which including; giving time, effort, respect, space and materials things. In his talk, Bhante used an African proverb to reflect on the Dhamma teaching of Dāna (giving). The proverb goes that “No one is too rich to receive, and no one is too poor to give. Giving brings happiness and peace to both the giver and the recipient.”

Moreover, Bhante Buddharakkhita offered food items (sugar, rice and soap) to members of the youth and women economic empowerment program, and other people from the village. He also offered chocolates and candies to over 100 children.

Furthermore, along with the blessing of the land, there was a celebration to remember the passing away of Moe Moe’s mother, Daw Win Yee who passed away April 29, 2019. Moe Moe is a Burmese lady who has continuously supported the Uganda Buddhist Centre since its inception in 2005. She offered alms to the venerable Mahāsanghas and to over 100 children from the neighboring villages who participated in the event. Moe Moe also offered food items which included posho flour, milk and sugar to the staff and children of the Peace School. We are so grateful for her endless support. May her generosity be a cause and condition for her happiness and freedom from suffering! We also send our merits and metta to her departed mother. May she attain final liberation!

On the same day, the Sri Lankan Buddhist community in Uganda led by Kamal and Dhammika who have also supported the UBC from the beginning, offered robes to the Mahāsangha (Great community of monks and nuns), food items like rice, sugar and other items.

Dr. Juuko Ndawula and his family, donated food items to the temple, an act that rarely happens since the temple began. The local people have now started to learn and appreciate the Buddhist culture of generosity to the monastics. Traditionally, the temple survives on the charity and generosity of lay devotes for material requisites. However, since the temple began in Uganda, people have always expected and sought to the temple for material support. Thus, the act of Dr. Juuko and his family, is a significant sign that the local lay followers have now started to understand the traditional culture and practice of Buddhism. We thank Dr. Juuko and his family for being an example to the rest of the community in Uganda. 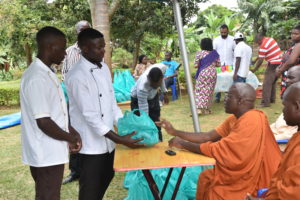