Back To Home
Projects Sep 2 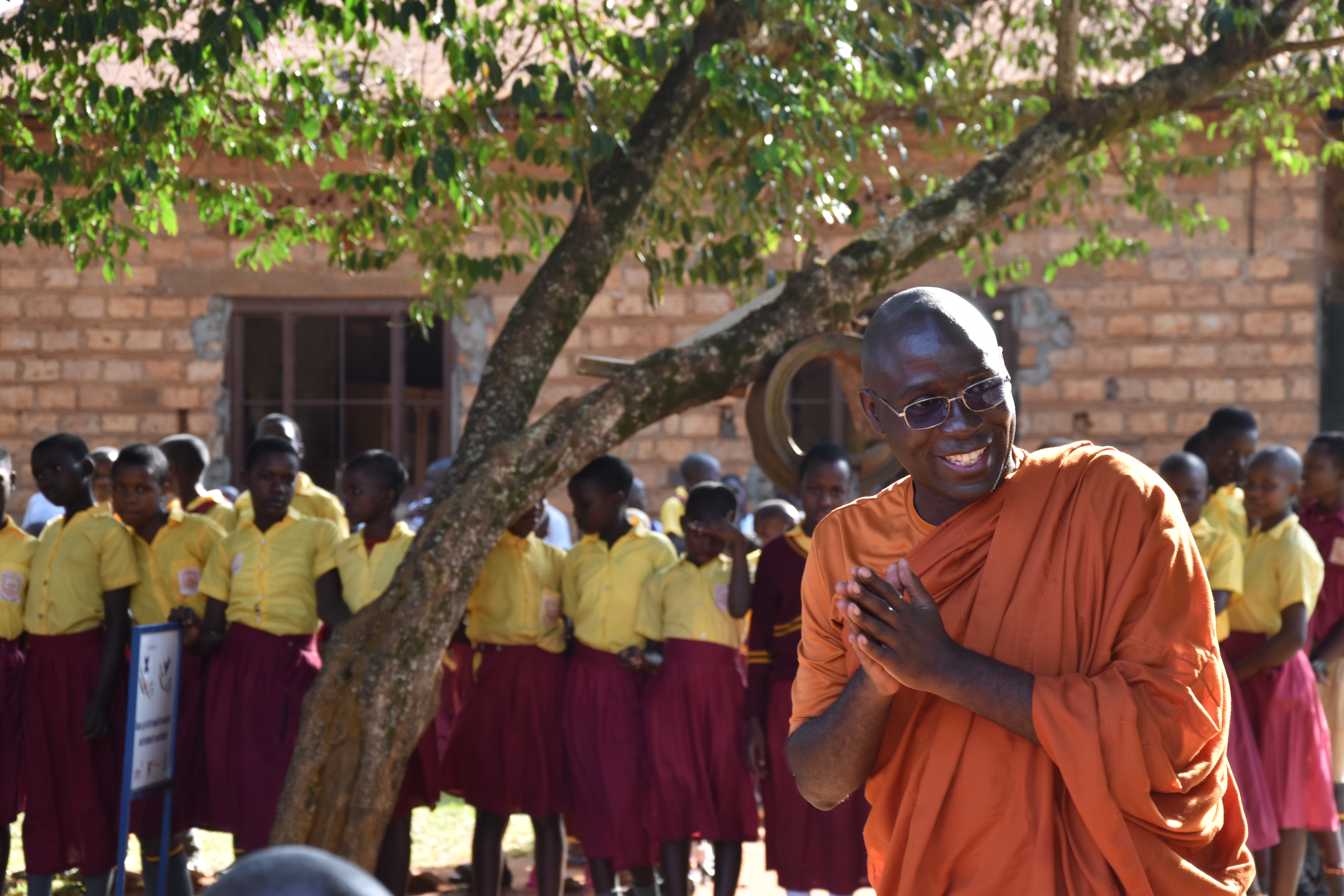 In our last Newsletter, we highlighted the progress of the borehole that the Uganda Buddhist Centre installed at Bugabo Primary School. The borehole was officially commissioned by the Most Ven. Bhante Buddharakkhita on August 8, 2018.

The School children through song and dance ecstatically expressed their joy and gratitude to Bhante Buddharakkhita for the borehole provided by the Uganda Buddhist Center.

In an interview the school head teacher, Mr. Paddy Wangubo expressed that:

“We are extremely grateful to the Venerable Buddharakkhita. We wrote to him regarding our problem of lacking water. As you see, this school had a water crisis. Also, the water from the National Water and Sewerage Cooperation was often shut off and we were forced to go to the lake to fetch water, which was risky to the kids.

When I wrote to Venerable Buddharakkhita informing him that we have a challenge of clean water, and to ask if there was a way he could provide us a borehole he responded. Now he has given us a borehole and we started using it late May this year 2018.

The borehole has not only saved us the trek to the lake to fetch water, which is risky to the children, it has also brought new ways of life…water is life. The availability has also allowed us to use this water at any time for things such as cooking, cleaning the classrooms and washing the latrines. There is abundant water any time we want, morning, afternoon, or even at night. It has really improved our situation a lot. Our children are no longer foraging  for water.” 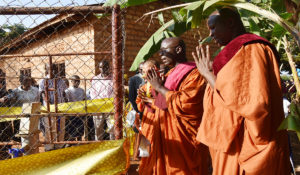