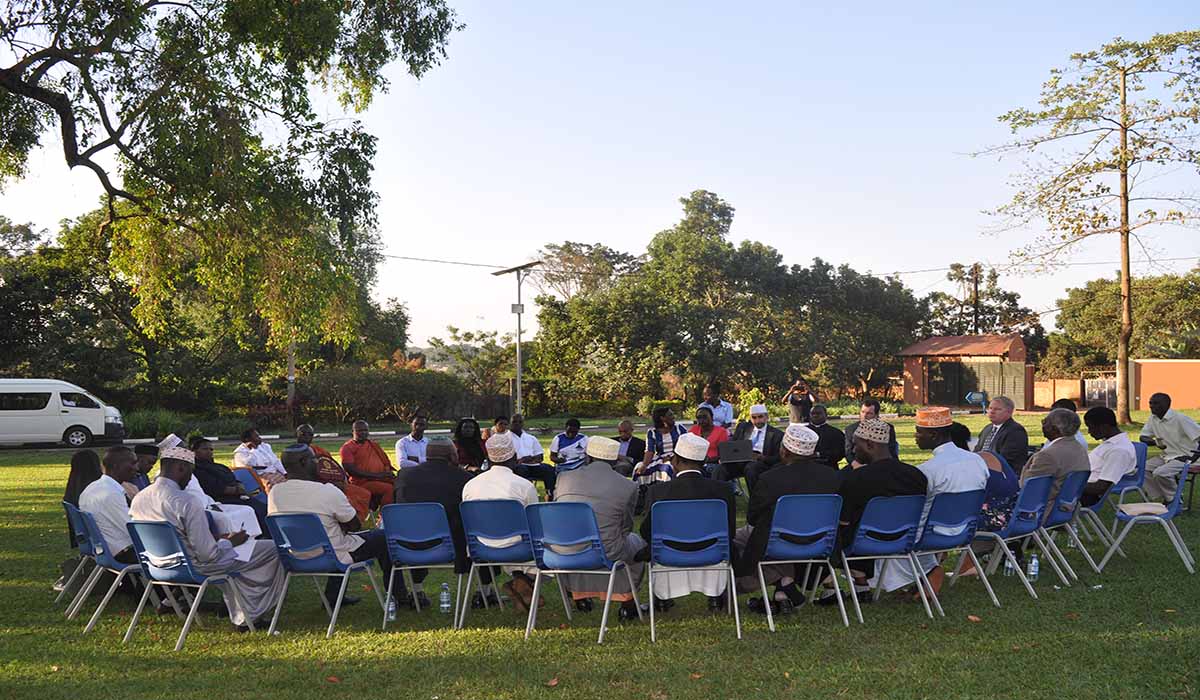 The dialogue was organized by the Women’s Situation Room (WSR) in partnership with the Juna Foundation on Wednesday, August 15, 2018 at FOYER DE CHARITE in Namugongo. The dialogue was supported by the United States Embassy in Kampala who brought, Imam Mohammed Bashar Ararat, the convener of several annual international youth leadership, intercultural, and interfaith conferences called Better Understanding for a Better World.

The aim of this meeting was to express and understand elements of a shared positive vision of peace and tolerance. It sought to highlight shared values and promoted the embracing of differences among religions. In attendance were representatives from Islam, Christianity, Baha’i, Judaism and Buddhists .

Five delegates from the Uganda Buddhist Centre represented Buddhism at the meeting, including 2 monks and 3 laities. In his brief introduction, Bhante Buddharakkhita reiterated the noble vision of the Buddha, Peace. He expressed that Buddhism is concerned more with the problem of suffering and how we can escape this shared problem by way of understanding the FOUR NOBLE TRUTHS (1]suffering, 2]the cause of suffering, 3]cessation to suffering and 4]the path to  freedom) which are universal in nature. He added that the Buddha encouraged interfaith dialogues that were aimed at building peace and unity among people.

Discussions also pinpointed the need to move from theology to spirituality in order to: build cohesiveness, understanding and peace among the diverse religious groups; understand each other’s differences; develop a true understanding of interfaith; encourage interfaith gatherings to increase the level of understanding among religions; and to counter issues that disturb our peace and well-being. In summary, the meeting called for an action to ensure human dignity and advancing the shared vision of peace.