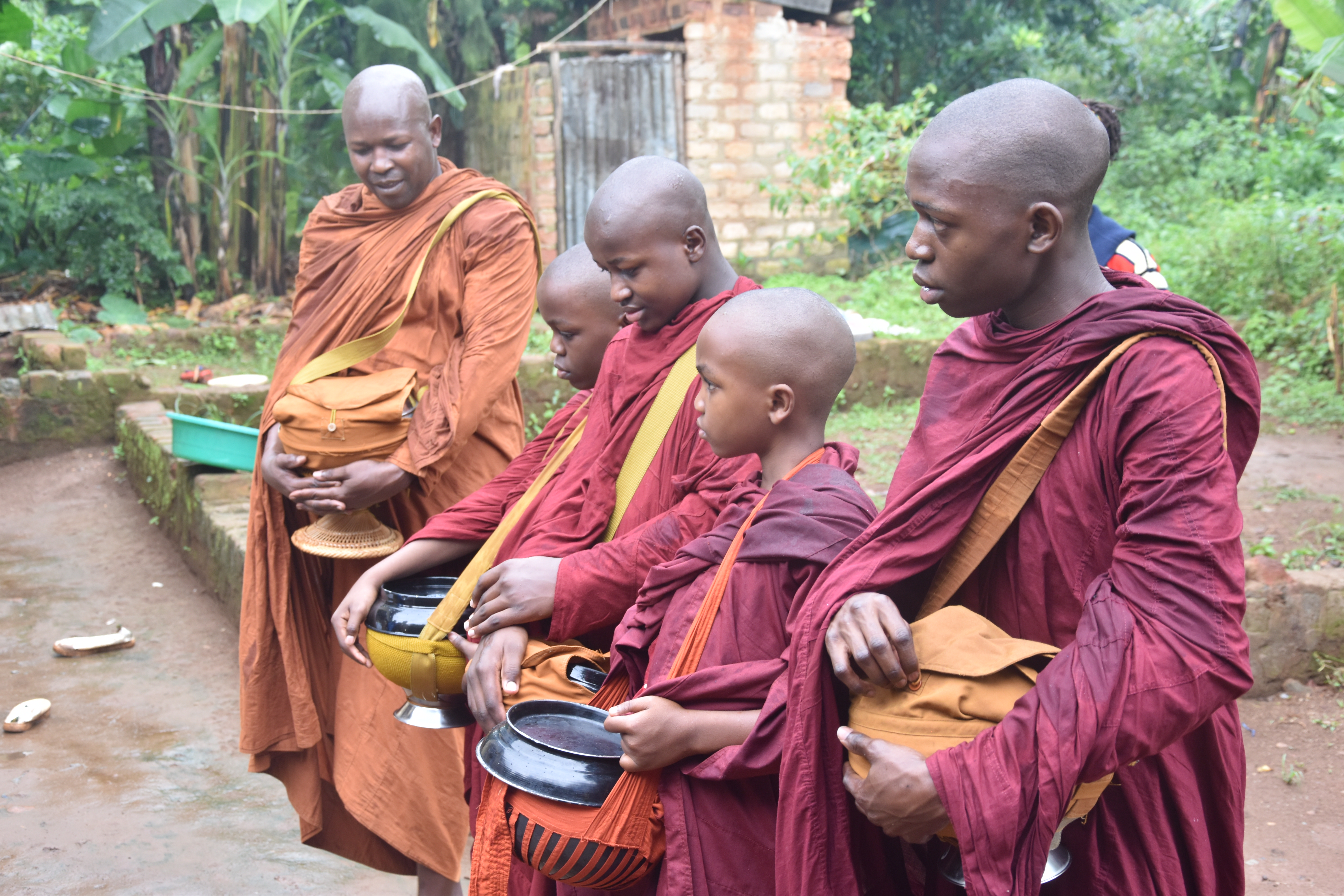 The almsgiving or Pindapata (in Pali language) ceremony is a very deep and meaningful practice for Buddhists. This ceremony has been practiced for the last 26 centuries. Pindapata is a sacred practice for both laities and monastics who depend on these offerings for their sustenance. Monks collect alms from devout Buddhist followers along the streets or homes in silence and barefooted.

In Uganda, where Buddhism is still fresh and new, it is rare to witness such practices. In October during the kathina ceremony, monks at the temple led by Bhante Buddharakkhita demonstrated to the local people how this ceremony is performed.

On December 25, 2019, we witnessed Pindapata ceremony, where Venerable Sangharakkhita and four other monks matched out to the village for alms. Three families offered food to the monks on time. The morning rains seemed to interrupt the ceremony, but it didn’t succeed. We are so grateful to these families. This is one of the signs that Buddhism and its practices are gradually penetrating the Ugandan culture and that both cultures will co-exist and co-depend.

A monk is someone who has renounced the worldly pleasures. Such people especially in the Buddhist tradition do not do any formal work for the purpose of earning money—monks depend on the charity of the devotees for their sustenance.

The practice of Pindapata or almsgiving signifies the mutual relationship or benefit between the lay followers and monastics (monks and nuns). While monks depend on devotees for alms or material support, devotees on the other hand get spiritual guidance from monks—thus none of these can sustain independently.