Exemplifying the Buddhist
practice through service to the public.

The Uganda Buddhist Centre (UBC) was founded by the Most Ven. Bhante Buddharakkhita (the first African Buddhist monk) on April 10, 2005. The Centre was founded to introduce and preserve the Buddha’s teachings within the context of African culture, and to exemplify the Buddhist practice through service to the public. Presently, UBC achieves this through organizing meditation retreats, its humanitarian services, and through the activities of promoting world peace.

Buddhism had existed in Africa for quite a number of decades especially in Tanzania and South Africa, but it was still distant to people of African descent. In Uganda, it was the Most Ven. Bhante Buddharakkhita who for the first time introduced Buddhism to Ugandans in 2005.

Bhante Buddharakkhita was born as Steven Jjemba Kaboggoza). He first encountered Buddhism while studying at the University of Punjab in India. While there, Steven came across Thai Buddhist monks, who inspired him with their simple lifestyle, calmness and spiritual demeanor. He started learning meditation, visiting Buddhist temples in India, and traveling to countries like Thailand, Bhutan, Nepal for a much deeper experience of Buddhism.

He later moved to United States and worked at a meditation centre for some time before he decided to go forth as a Buddhist monk. He was first ordained in 2001 as Buddharakkhita by the late Venerable U Silananda at Tathagata Meditation Centre in California and then his second full ordination in 2002. He later joined the Most Ven. Bhante Henepola Gunaratna for monastic training in West Virginia, USA.

In 2005, Bhante Buddharakkhita returned to Uganda, and introduced Buddhism to the country.  With his own limited resources, Bhante acquired two acres of land and established the first and only Buddhist temple in Uganda located in Bulega-Garuga, Entebbe. The temple seats about 5km off Entebbe-Kampala Road. Many people have come under Bhante’s guidance and some of them taking monastic practice as monks and nuns.

His mother, sister, friends and a few other family members requested Bhante to join Buddhism, and they went through the formal process by taking the Triple Gem, and observing the five precepts as their training guidelines. Since then, Buddhism is gradually evolving in Africa. Bhante is committed to firmly establishing Buddhism for the benefit of all beings. He is considered such a trailblazer and is widely known as one who embodies compassion and spiritual demeanor, combined with a lively-sparkling delight in life.

Realizing the great significance and essence of a Buddhist Centre, a unique group of individuals from all around the world over the past 10 years have committed to support Bhante’s vision of bringing Dhamma to Uganda, Africa.  These volunteers have assisted in the construction of the temple, and in many more other activities of the temple.

The Centre has also been described as an oasis of Buddhist practice, scholarship, meditation, sacred art and architecture, as well as one of service to the public. A strategically founded school is in operation providing free education to the surrounding underprivileged community.

The Uganda Buddhist Centre now stands as the first and only Buddhist Centre in Uganda, and the first temple in Africa introduced by an African. Programs and ceremonies organized at the centre are offered to the public free of charge, reflecting its commitment to universal access to Dhamma. UBC is open to all people wishing to cultivate peace, love and happiness. UBC has since its establishment attracted individuals from diverse backgrounds including the local and foreigners.

The Centre also houses a Buddha statue called “Mirembe” Buddha, which means “Peace” Buddha in the local Luganda language. This statue is made of brass and weighs 103 kilograms. It was donated by a group of generous devotees from Thailand. The statue has distinctive African facial features symbolizing the dawn of the Buddha’s message of peace to Africa, which has, in the past, been torn by wars and political problems.

The Center has built three historic objects; the temple, sima, and a small Stupa standing on the side of the main temple. Plans are underway to build accommodation for monastics and laities.

Peace for All. We envision a world where individuals are happy and peaceful.

To preserve and disseminate the original teachings of the Buddha, within the context of African culture, and to serve as a center for Buddhist studies, meditation practice, and Buddhist research in Africa. 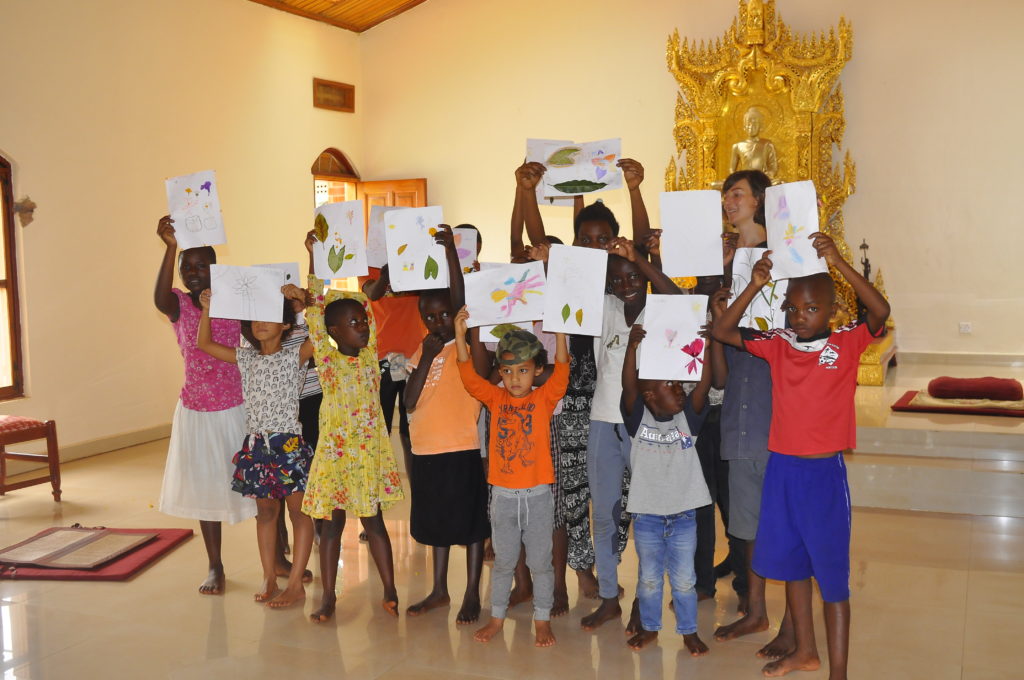 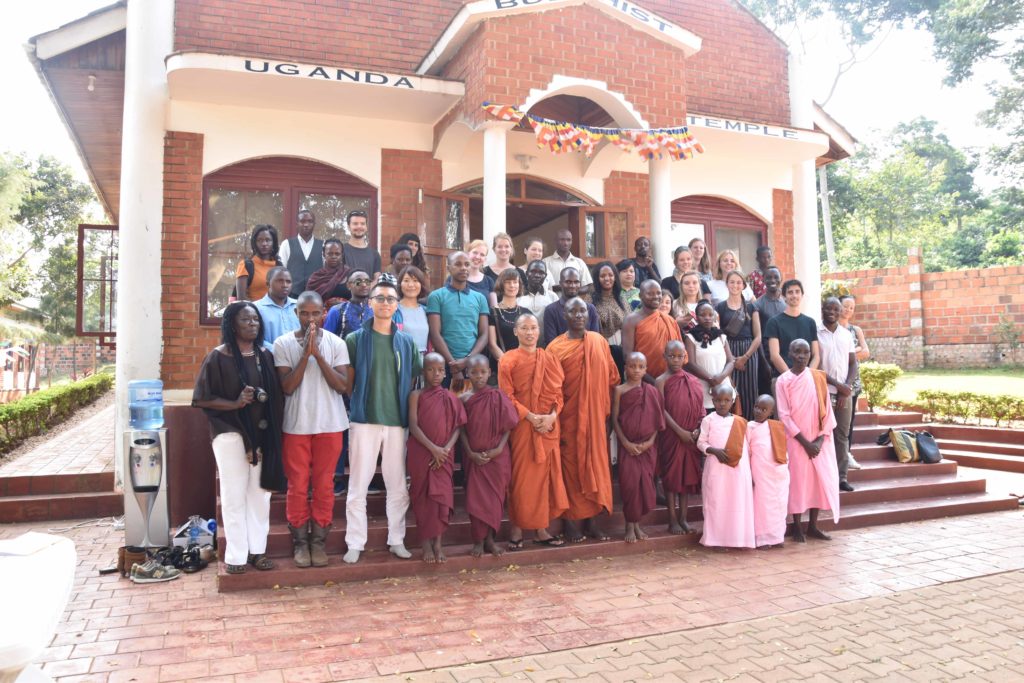