Back To Home
Uncategorized Jun 23 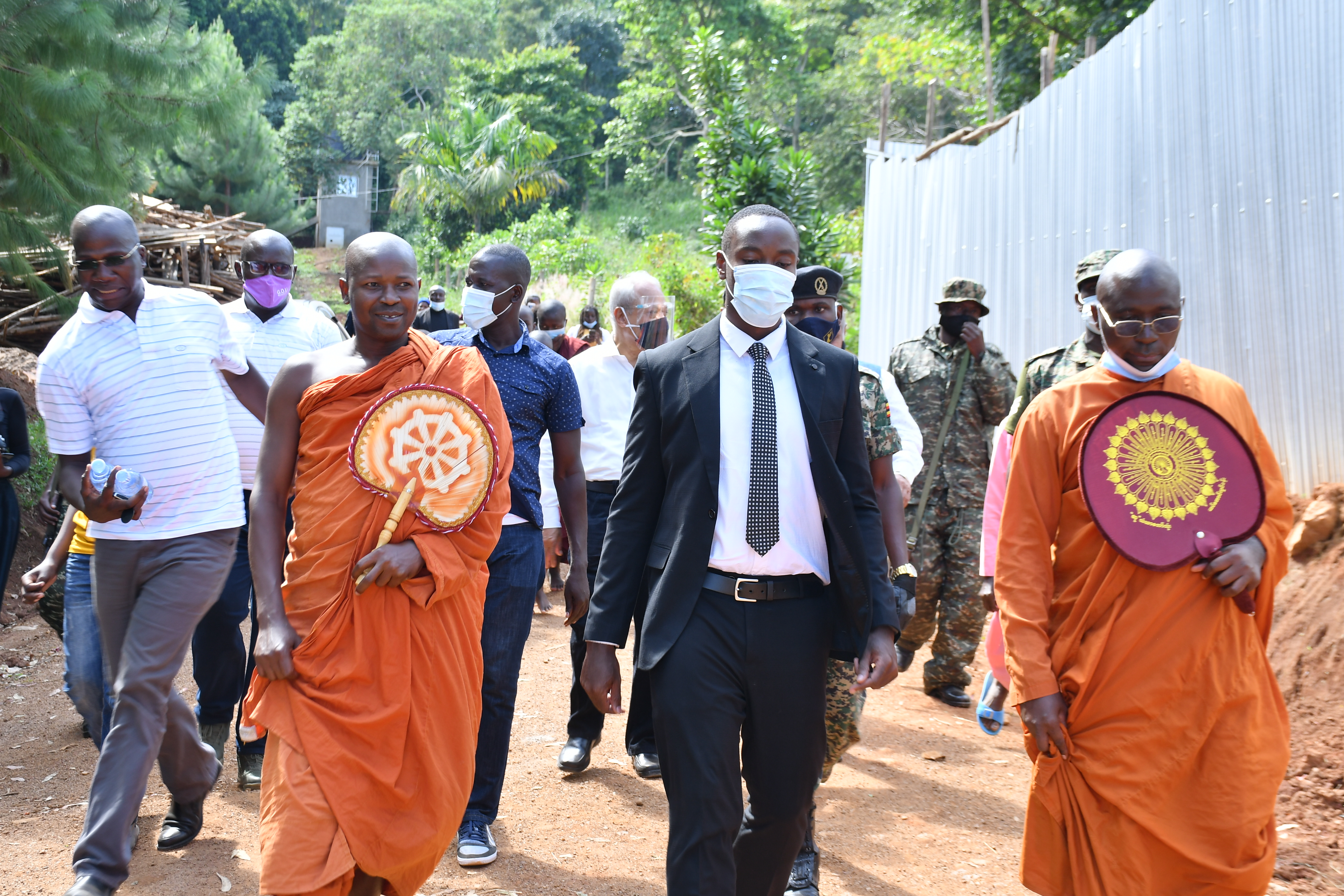 On the 26th of May, the Uganda Buddhist Centre held Vesak Day Celebrations. On this occasion, 12 children were ordained as novice monks, and held the official inauguration of phase one of the Sangha Building. The event was presided over by H.R.H William Gabula Nadiope IV of Busoga Kingdom (The Kyabazinga) as the Chief Guest, His Excellency Veluppilai Kananathan, the Sri Lankan High Commissioner to Kenya; Ronald Kalema, the Mayor of Katabi Town Council; Princess Diana Teyagala of Buganda Kingdom; Hon. Tofiri Kivumbi Malokweza, the former Buganda county chief and Pope’s Knight in Uganda and other royal members. Other guests included India High Commissioner to Uganda, the Indian community, Sri Lankan and Burmese community and the local people.

Venerable Bhikkhu Buddharakkhita along with the chanting and blessings, delivered a speech on the significance of Vesak Day while equating it to Christmas Day among Christians. He said that Vesak helps Buddhist believers to recollect and reflect on the Buddha’s message of “avoiding evil, doing good and purifying the mind”. The Sangha Building upon completion, will house 54 monks from across the entire African continent who will be ambassadors of Dhamma, the peaceful message of the Lord Buddha.

The King was welcomed by Bhante Buddharakkhita, and upon arrival, he cut the ribbon that marked the official inauguration of phase one of the newly constructed Sangha Building. The King was later led by Bhante along with the Sri Lankan High Commissioner to plant trees. He then was led to the hall, where the he gave a speech. Impressed by the developments at the Uganda Buddhist Centre, the King expressed his gratitude for iniviting him as the Chief Guest, and requested such developments to extend to his Kingdom. “I am most grateful to Most Venerable Kaboggoza Buddharakkhita, and all the Buddhists for extending to me the honour to be the Chief Guest at this historic event.” The King said.

The King also reiterated the works of the Buddha, who as a young prince left the palace to discover the truth about suffering and how to end suffering. He also reiterated King Ashoka’s transformation from a cruel king to a compassionate King.

“The Buddha himself, as a young prince left the luxuries of his youth to discover the truth about suffering, and the way to end suffering—the Four Noble Truths. The divine fragrance of Buddhism that spread all over the world has inspired many societies across the globe.  Moreover, I am glad to learn that throughout its rich history, Buddhism is replete of transformative powers. The legendary King Ashoka, who presided over a brutal rule in India, was tamed by the compassionate teachings of Buddhism renouncing violence.”

While saying that his Kingdom is committed to the spiritual and economic prosperity of his people, the King appealed for similar programs to extend to Busoga Kingdom.

“I have also learned that the advent of Buddhism in Uganda came with unprecedented developments. And that the Centre has been involved in humanitarian activities including providing entrepreneurial skills and economic empowerment for youths and women; computer skills for youths; providing access to safe and clean water to communities and improving their health. I wish that such activities, also extend to the Kingdom of Busoga, so that our brothers and sisters can benefit from the generosity and goodwill of the Buddhist world.”

The Vesak celebrations also featured Buddha puja, meditation, vegetarian meals for the guests, entertainment by the local dance group. The local people also were offered an assortment of food items donated by Kamal and other Sri Lankan devotees.