Back To Home
Uncategorized Jul 7

O n June 1, 2021, the Uganda Buddhist Centre (UBC) hosted a group of 16 people including 4 monks from Huong Tu Lovingkindness Foundation of Dallas, Texas, USA. The aim of the visit was to carryout charity and Buddhist missionary activities in Uganda as well as to support the Uganda Buddhist Centre in its activities of disseminating the Buddha’s teachings in Uganda and Africa. Among the group was Most Venerable Ratanaguna, the Abbot of Huong Dao Temple; Venerable Pannakara, the CEO of Huong Tu Lovingkindness Foundation and chief organiser of their visit; and Venerable Ashin Silananda among others.

Earlier before their visit, Huong Tu Lovingkindness Foundation, donated 15 boreholes to UBC’s Water and Sanitation Project. Currently, Huong Tu Lovingkindness Foundation has donated 19 boreholes, and 10 boreholes have been fully completed.
When they arrived, the team was involved in distribution of food to over 500 people around the Temple, in rural areas of Buyende district, Buikwe district, and fishing villages around Entebbe. Scholastic items were also distributed to over 1,000 school-going children to support them with their scholastic needs. They also carried with them an assortment of gifts which they donated to the Uganda Buddhist Centre.

Uganda Buddhist Centre projects also benefited from this visit. 14 sewing machines and 1 industrial sweater making machine were donated to the Women Economic Empowerment Project; furniture for the first Buddhist primary school was also donated; the group also donated generously to the  Compassion Orphanage by way of buying two properties for the male and female orphans. In connection to the orphanage, money was also donated to build a perimeter wall at the orphanage to ensure safety and security of the orphans. Money donations was also offered towards UBC’s Building Fund to ensure that monks have descent accommodation.

The group had planned to stay in Uganda for a period of 20 days. However, following the Presidential directives and a lockdown in efforts to contain the spread of COVID-19, their visit was cut shot, and so they had to leave back to the Texas on June 9th. On this day, a grand ground-breaking ceremony of the first Buddhist primary school in Uganda was conducted, and the official launch of the UBC’s Compassion Orphanage. 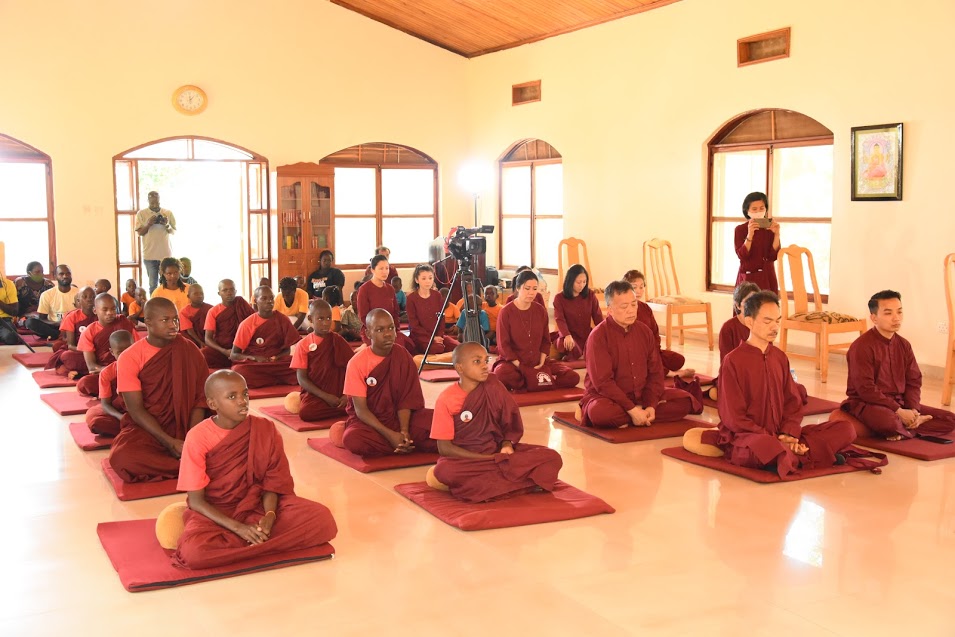 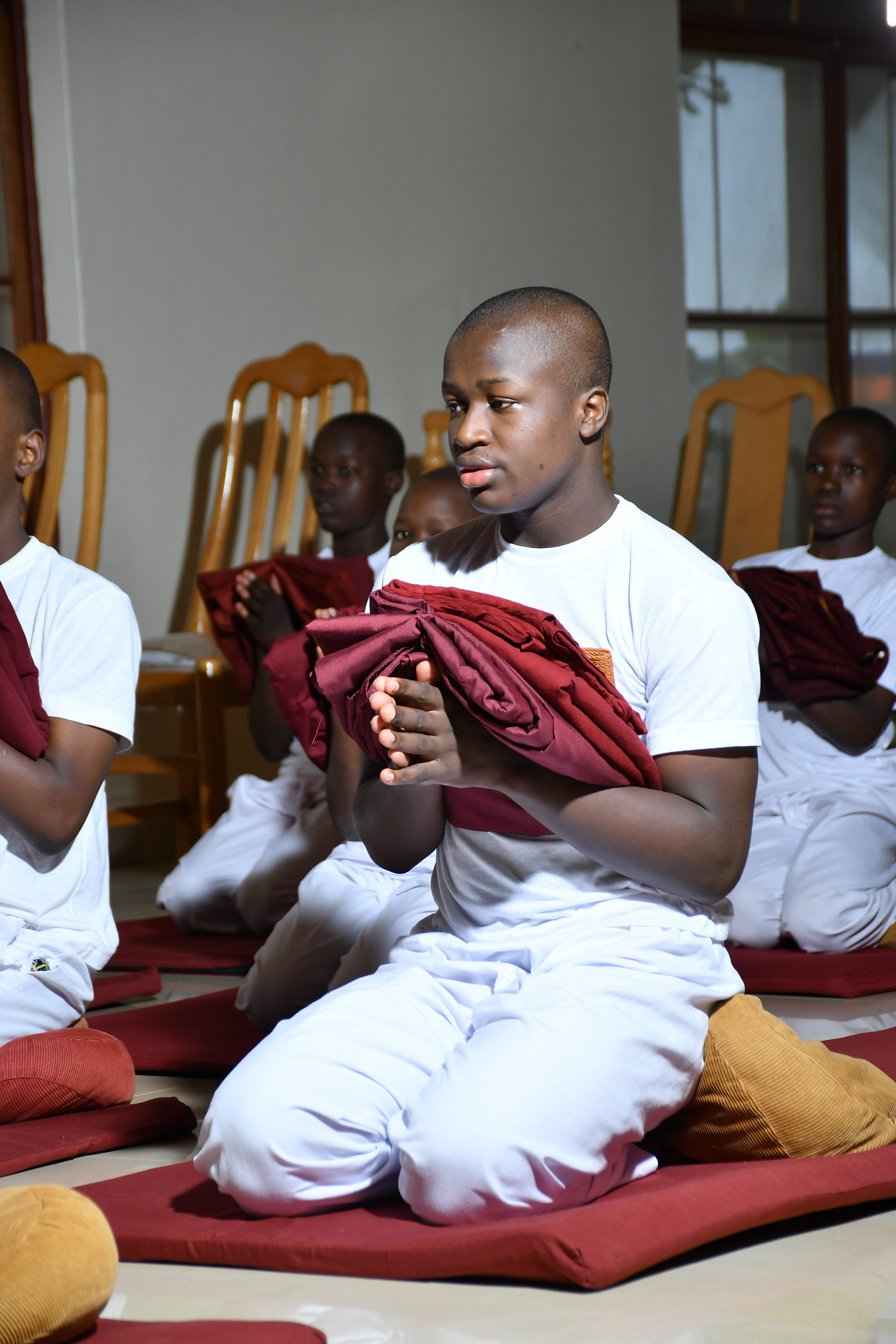 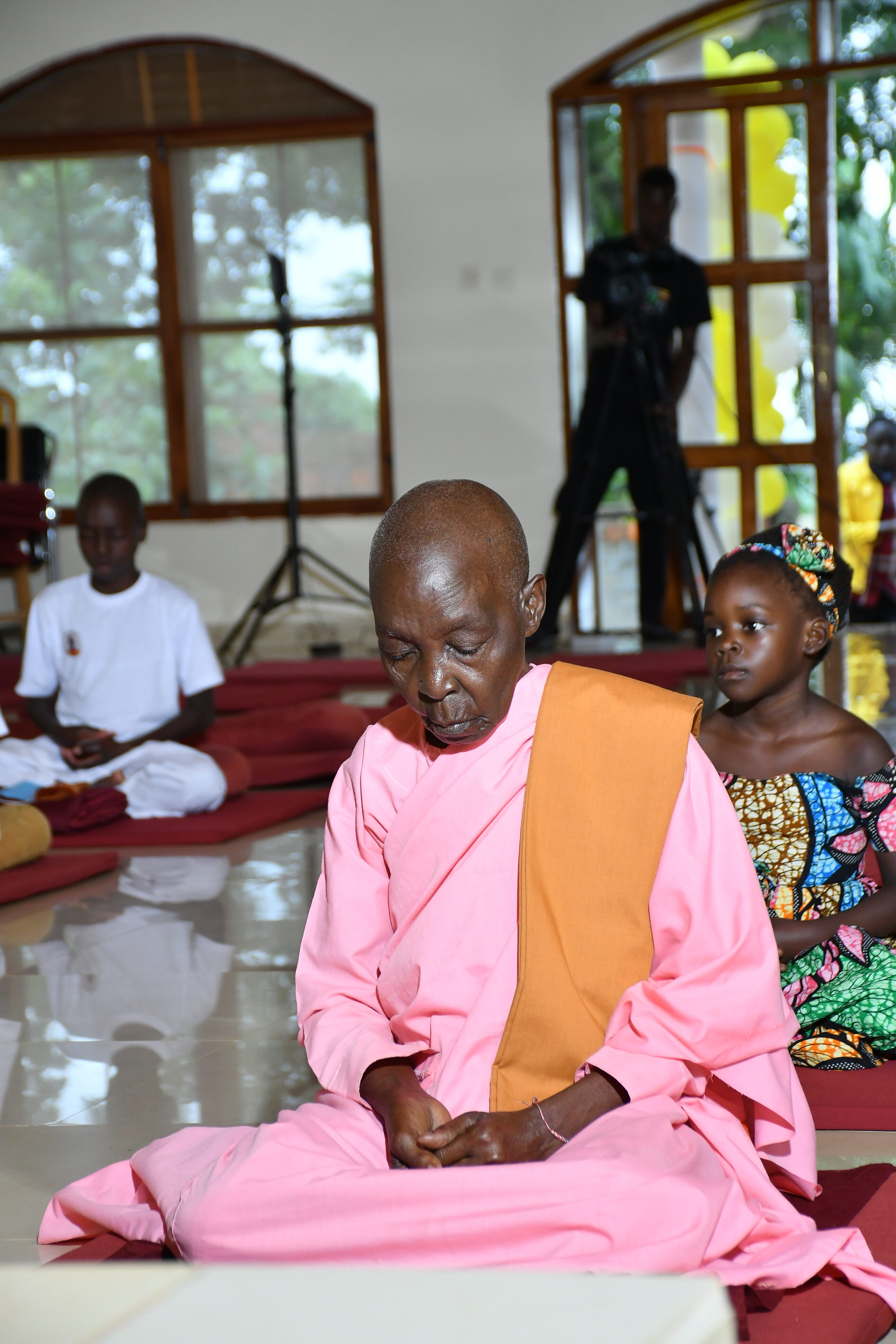