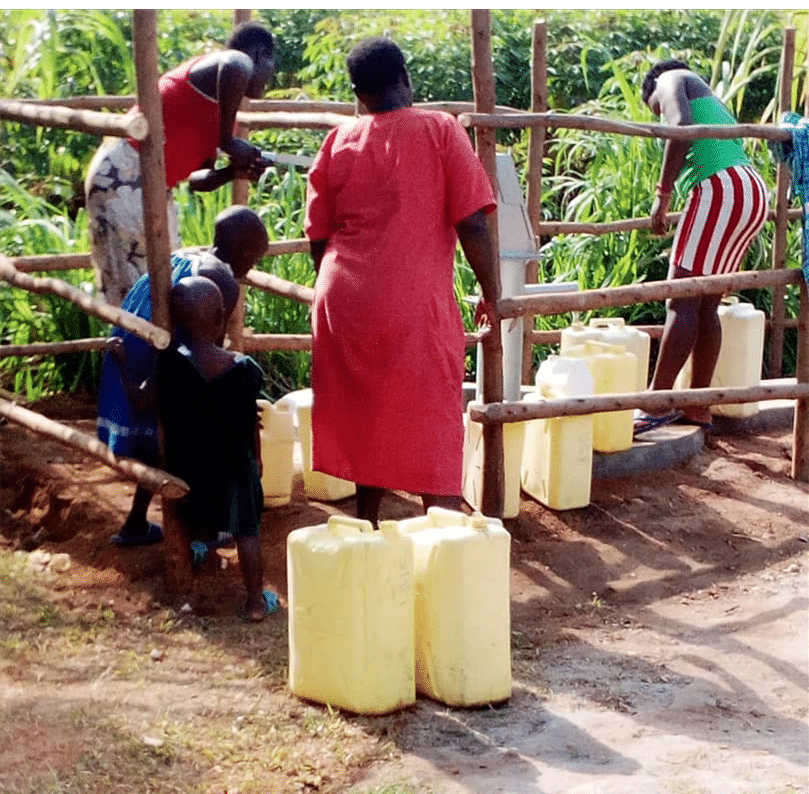 Towards the end of June 2020, the Uganda Buddhist Centre embarked on providing safe and clean water to needy communities.

With support from Ms. Dolores Watson, based in New Orleans, the Centre constructed a borehole at Golden Hearts Education Centre in Kasenyi, Entebbe. This borehole has been successfully completed and residents are now enjoying fresh and clean water.

In the past four months, Uganda has faced three major challenges. We first had locusts that affected mostly the Eastern part of the country. Then COVID-19 and the increasing volumes of water especially in Lake Victoria.

In Entebbe, many people especially those living along the shores and landing sites of the lake have been affected by the increasing volumes of water. When Bhante Buddharakkhita visited Gerenge landing site, he noticed that residents heavily depend on water from the lake. Due to the flooding of the lake shores, the water from the lake mixed-up with sewage from the pit latrines near the shores. He observed that this situation is a big threat to public health in the area. We are still negotiating with people who own land near the landing site, so we can install a borehole for people to benefit. We want to ensure that residents in the area have to access to safe and clean water that is not contaminated and not mixed-up with the sewage.

Also, the nearby Nalugala Health Centre and its neighbouring communities depend on harvested rain water, which sometimes is insufficient and challenging during dry seasons. With support from our Australian Dhamma friends, courtesy of Buddhisthub.org,  we got funds to construct a hand-dug borehole. However, the borehole failed due to the existing hard rock in the depth of about 20ft. The contractor, Intropidia recommended a machine drill for the project to be successful, which costs about US$ 7,000. However, with no extra charge, we relocated to another village where we managed to construct a borehole.

We are so grateful to Minh (Buddhisthub.org), Australia for his kind donation. 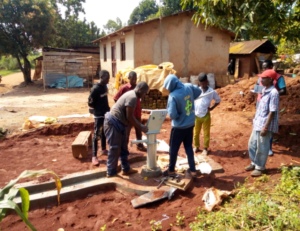