Back To Home
Newsroom Jan 12 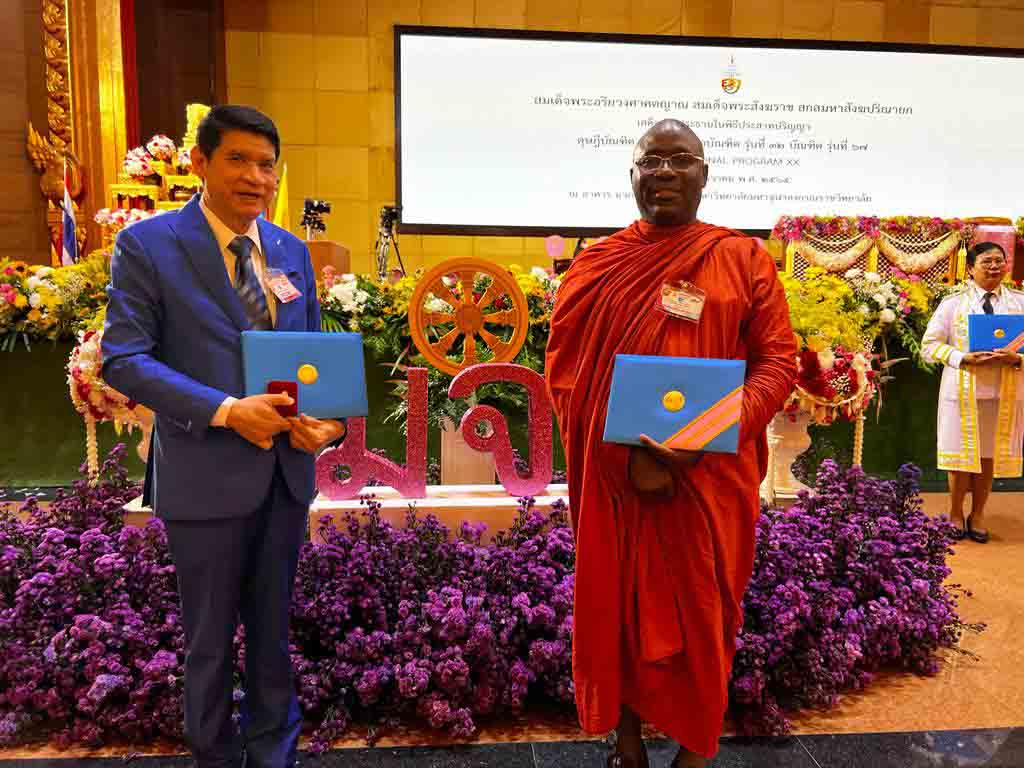 Our Spiritual Director, Bhante Buddharakkhita recently received an honorary doctorate degree in Buddhist studies from Mahachulalongkornrajavidyalaya University (MCU) in Thailand. the graduation ceremony was from the December 10-11, 2022. This prestigious award recognizes Bhante’s dedication and contributions to the field of Buddhist studies and his commitment to sharing the teachings of the Buddha with others.

Bhante has spent many years studying and practicing Buddhism, and has become a well-known teacher and leader in the community. He has written numerous books and articles on Buddhist teachings and has led retreats and workshops on mindfulness and meditation.

He has also been actively involved in charitable and community-building efforts, working with various organizations to promote education and healthcare, and wellbeing in underprivileged communities. Bhante has also participated in interfaith dialogues and promoting understanding and harmony among people of different religious traditions.

The honorary doctorate degree in Buddhist studies is a fitting recognition of Bhante’s achievements and contributions to the field. It is a testament to his commitment to sharing the teachings of the Buddha and promoting peace and understanding in the world. The degree will further allow Bhante to continue to share his knowledge and teachings with others and be a prominent figure in the Buddhist Studies field.

In receiving this award Bhante said that he feels humbled and grateful for the recognition and the opportunity to continue his path of service to others through teaching and mentoring.

This honorary doctorate degree is a powerful reminder of Bhante’s ongoing impact on the world and his contributions to the study and practice of Buddhism. It serves as an inspiration for others to follow in his footsteps and continue to learn, grow and serve.

Signup to our monthly Newsletter